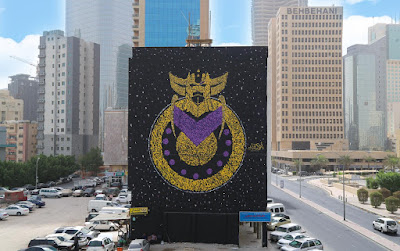 Interview with ASHEKMAN, author - together with the volunteer group Jedareyat - of this amazing giant "Grendizer Mural" appeared in Kuwait City during Urban Culture Week Kuwait in October 2016.

UFO Robot Grendizer is a Japanese animated tv series. It was produced in 74 episodes by Toei Animation from 1975 to 1977, in collaboration with mangaka Go Nagai and his society Dynamic Planning. Grendizer is very popular in many countries around the world, under different names: in France and in Quebec (Canada) it went by the name "Goldorak"; in Italy, where it was called "Atlas Ufo Robot", "Ufo Robot Goldrake", or simply "Goldrake"; in Middle East countries it was known as "Grendizer" and in Lebanon it was loved by a generation of young people during the years of Lebanese Civil War (1975-1990), as illustrated in the article entitled "LEBANON: Alien robot invades Beirut for groundbreaking Arab animation fest" by Meris Lutz, published in Los Angeles Times in November 2009 on the occasion of the first edition of Beirut Animated Film Festival (fb official page is here).

The Kabbani Brothers, founders of ASHEKMAN, come from Beirut and knowing them is an important opportunity to understand their artistic techniques and the reasons of their passion for Grendizer, so let's start with this interview with them.


1) Could you please introduce your works and your activities on street art and advertisement to the Italian public? How did ASHEKMAN start?

Started in Beirut/Lebanon in 2001 by identical twin brothers Omar and Mohamed Kabbani, ASHEKMAN is a movement that is at the forefront of a battle to preserve the Arabic culture through art, and make the Arabic language/calligraphy visually more appealing especially with the globalization that is invading the mainstream media.


2) How did you discover the Japanese animated series UF0 Robot Grendizer? When did you watch it for the first time?

Grendizer was the most famous cartoon during the 70s and 80s in the Middle East because it was dubbed in Arabic. We were born in the early 1980's so we watched Grendizer for the first time in the mid-end 80's in shelters underground during the Lebanese civil war.


3) Why did you draw Grendizer characters in several places around the world? Is it your favourite cartoon or your favourite hero? Is there a social message underlying your Grendizer murales?

We drew Grendizer because we needed a hero to save us from the fighting militias and the external aggression against our city and throughout the years we took him as our mascot, following us everywhere and saving the underdogs in a region full of tyrants and injustice. In our opinion Grendizer will save us from the bad guys.


4) What street artists do you like the most? Was there anybody who was a source of inspiration for you?

Shepard Fairey and Banksy are our favorite street artists because of their social and political messages, but also we like master calligrapher Hassan Massoudy.
Our main inspiration was our city Beirut, a cultural and historical land that is considered a battlefield in the "Cold War" between the major powers.

5) Please, tell us about your Grendizer mural in Kuwait: was it a difficult work for you? How did you create it?

ASHEKMAN and their ally Grendizer landed in Kuwait and did the biggest mural in Kuwait City, it took us 2 days to finish, tagging a 6 storey building, the whole drawing was created from Arabic calligraphy, combined with Graffiti we call it calligraffiti. The theme of the piece is people's champ.

Special thanks to Daria and Piero for their help. 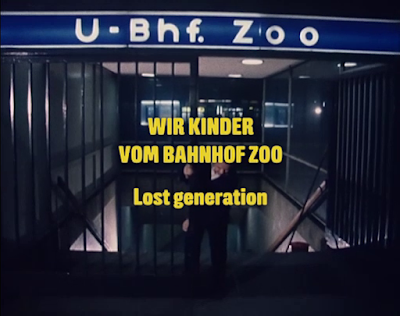