Manga Constellation: from Japan to Italy, round trip (press release) 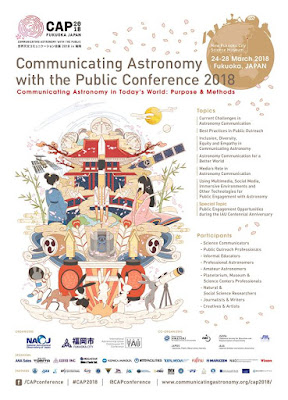 Explain astronomy using Japanese comics (manga) and animation (anime)? We can! Daria Dall'Olio, a PhD student in astronomy at Chalmers University of Technology in Göteborg (Sweden) is leading a trans-national team of astronomy researchers, experts on history of Japanese animation, and cartoonists.

The latest episode just took place in Göteborg at the Vetenskapsfestivalen, the Science Festival on 21st April 2018. And, at right forty years since the first broadcastings of Leiji Matsumoto's Starzinger, Space Pirate Captain Harlock and Galaxy Express 999 in Japan, Daria Dall'Olio has presented the Costellazione Manga project (“Manga Constellation”) in Japan at the most important international conference on science and astronomy outreach: Communicating Astronomy with the Public 2018 (CAP 2018), organized by the International Astronomical Union (IAU) and held in Fukuoka between the 23rd and 28th March 2018.

"Costellazione Manga" is a journey through manga, anime and astronomy, based on the common language of the cultural references of comics and animation, to easily communicate astrophysical concepts to the public. Comics and animation have a long history as tools for teaching and outreach. Since the 1940s, Walt Disney realised a number of short animated films on different themes, such as psychology, medicine, health, economy. Sweden also has a tradition of producing animated documentaries. And Japan of course is no exception, with planetarium shows and astronomy books inspired by famous anime such as Galaxy Express 999 and Star Blazers (original title: Space Battleship Yamato; in Sweden: Stjärnbrigaden).

The basic idea in "Costellazione Manga" is that anime and manga represent a common language for at least two generations in Europe, who from the late 1970s onwards grew up with anime on the TV and some years later manga in bookstores. The same has happened in several other places in the world, including the Middle East (where anime inspired artists like ASHEKMAN and Bassam Al-Sabah) and the USA. Japanese comics and animation offer a common imagery from which Daria and her collaborators start to introduce and discuss topics in astronomy and physics. "Costellazione Manga" is flexible: it can be planetarium show, a seminar, an open-air activity or an observations of the night sky. The sheer amount of available material allows "Costellazione Manga" to be tuned to the public knowledge, interests and expectations. “'Costellazione Manga' is really a pedagogical instrument”, says Daria, “that is effective towards both the youngest and towards a grown-up public. And we have seen it build bridges between generations, with parents and children learning to appreciate each other's best stories while they all learn about astronomy and physics!”.

The "Costellazione Manga" project was created by Daria Dall'Olio, now at Chalmers University of Technology in Göteborg, by Alessandro Montosi, an expert in the history of animation and comics, and by Piero Ranalli, researcher in astronomy and now an associate at Lund University. The project was started in Italy in 2011, when Daria joined the activities of the Planetarium of Ravenna, her home town, and of the Italian-Japanese cultural association ASCIG. Now, "Costellazione Manga" has followed Daria in Sweden, where the project has found an enthusiastic welcome. It was thanks to the Chalmerska Forskningsfonden and to the Åforsk foundation that Daria was able to present her work in the land the anime and manga come from, Japan. She described "Costellazione Manga" in a plenary talk attended by more than 450 people, and that was recognised by the International Astronomical Union as one of the three highlights of the conference.

"Costellazione Manga" has just been offered in Göteborg, where it has been included in the programme of the Vetenskapsfestivalen. There "Costellazione Manga" took a new shape, becoming a duet between Daria and cartoonist Yvette Gustavsson, whose works are regularly featured in the magazine Populär Astronomi. 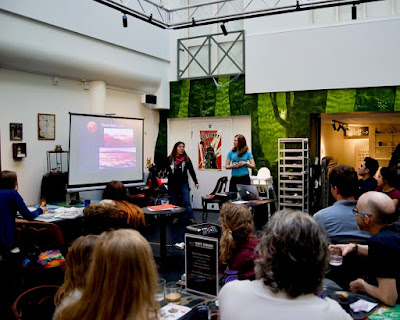 
How does a "Costellazione Manga" event work in practice? For a typical event, we choose three or four anime that are well-known by the local public. We recall the cartoons by showing images and playing their opening tunes. We briefly recap the plot lines, and we identify some connections with astronomy from where we start to discuss contemporary knowledge. For example, in both Galaxy Express 999 and Star Blazers ("Stjärnbrigaden" in Sweden) the main characters visit many planets, some in our Solar System, and some outside of it. We take the cue from it to review what astronomers know about planets, and to show the latest discoveries in the field of extra-solar planets. Nowadays, more than 3000 extra-solar planets are known: they are of different types, sizes and chemical compositions. Depending on their orbit, they can have freezing or scalding climates. Some of them lie in the so-called “habitable zone”, where temperatures are mild and liquid water might be present, but we still don't know any planet whose climate is similar to that of Earth. Sometimes we have “bad news”: the fans of UFO Robot Grendizer (aka "Goldorak", "Atlas Ufo Robot - Goldrake") might be disappointed to learn that astronomers have found no signs of planets around the star Vega, from which their favourite giant robot supposedly comes from.

Among the animes that get regularly featured in "Costellazione Manga" there are also Starzinger (particularly famous in Sweden), Fist of the North Star and Saint Seiya (that introduce the topic of constellations, both according to the Western tradition, and to the Chinese-Japanese one). Some works may be less famous with the public but may deal with more adult and authorial topics, such as 2001 Nights or Planetes. These works can introduce some introspection on the relationship between humanity and space: what are the risks and the benefits of the human presence in space? How fragile is it?


Artist impressions have a key role to transmit new discoveries from scientists to the public in several fields of science. This happens every time that instrumentation cannot offer immediately understandable images. In astronomy, high-resolution images of most Solar system planets are nowadays available, but this is not the case with extra-solar planets, for which we rely on other clues to infer their existence. Artist impressions therefore try to express what astronomers deduce from their analyses: chemical composition, temperature, revolution period, mass and insulation level of the planets. NASA has adopted this outreach strategy by producing a series of retro-looking posters that present some extra-solar planets as if they were tourist destinations. These posters are extremely effective in conveying an idea of the conditions that are thought to exist on those worlds: icy, hot, or constantly irradiated by X-rays and gamma rays. "Costellazione Manga" draws from comics and cartoons produced from the 1970s to today, and therefore it allows to show how our knowledge and imagery has developed during the years. Last not least, the images that we take from comics and cartoons are immediately recognisable as such, and there is no risk of confusing them with real astronomical images – a risk that can happen when very detailed and accurate artist impressions are not explicitly labeled as such.


About the IAU:
(abridged from www.iau.org/administration/about/)


The International Astronomical Union (IAU) was founded in 1919. Its mission is to promote and safeguard the science of astronomy in all its aspects through international cooperation. Its individual members are professional astronomers from all over the world, at the Ph.D. level and beyond, who are active in professional research and education in astronomy. The IAU has 12460 members. The key activity of the IAU is the organization of scientific meetings. Among the other tasks of the IAU are the promotion of educational activities in astronomy; and informal discussions on the possibilities for future international large-scale facilities. Furthermore, the IAU serves as the internationally recognized authority for assigning designations to celestial bodies and surface features on them. The IAU also works to promote astronomical education, research and public outreach actions towards the public. These activities culminated with the organization of the UNESCO International Year of Astronomy in 2009, which reached out to over 800 million people from 148 countries. The IAU statute says, among other things, that “The free and responsible practice of science is fundamental to scientific advancement and human and environmental well-being. Such practice, in all its aspects, requires freedom of movement, association, expression and communication for scientists, as well as equitable access to data, information, and other resources for research. It requires responsibility at all levels to carry out and communicate scientific work with integrity, respect, fairness, trustworthiness, and transparency, recognising its benefits and possible harms".

Daria Dall'Olio has a master in Astronomy from theUniversity of Bologna; she is now a PhD student in astronomy at Chalmers University of Technology di Göteborg and at Onsala Space Observatory. Her research concerns radioastronomy and star formation. She is a member of the amateur astronomy association "ARAR" of Ravenna (Italy) and a long-time collaborator of the Planetarium of Ravenna, where she organised astronomy outreach events. She is interested in Japanese culture and she is also a member of the steering committee of the Japanese-Italian cultural association "ASCIG" of Ravenna. Moreover, she is a licensed guide of the natural environment, and thanks to this she was able to offer "Costellazione Manga" also in the form of open-air activities and observations of the sky in natural parks.

Piero Ranalli has a PhD in Astronomy from the University of Bologna. He has been a post-doctoral researcher in Japan, Greece, Italy and Sweden. He is now an associate at Lund University. His research concerns mainly X-ray observations of galaxies and active galactic nuclei; since a few years he is also interested on extra-solar planets. He has authored more than 50 publications on international specialistic journals. He is a member of the International Astronomical Union (IAU). He collaborates with the Planetarium of Ravenna and he is interested in Japanese culture.

Alessandro Montosi has a bachelor degree in Drama, art and music studies (DAMS) from the University of Bologna. He has been a consultant and a supervisor for students of the course of "History of Educational Communication" at the Università Cattolica in Milan. He is an expert in history of comics and has wrote a number of books on anime and on their impact on the Italian society. He publishes the "Ale Montosi Blog" where he writes on cinema, comics and books.

Daria Dall'Olio, talk at the conference Communicating Astronomy with the Public 2018, organised by the International Astronomical Union, held in Fukuoka, 24th March 2018, Japan.
(https://www.communicatingastronomy.org/cap2018/; Book of Proceedings is available here) 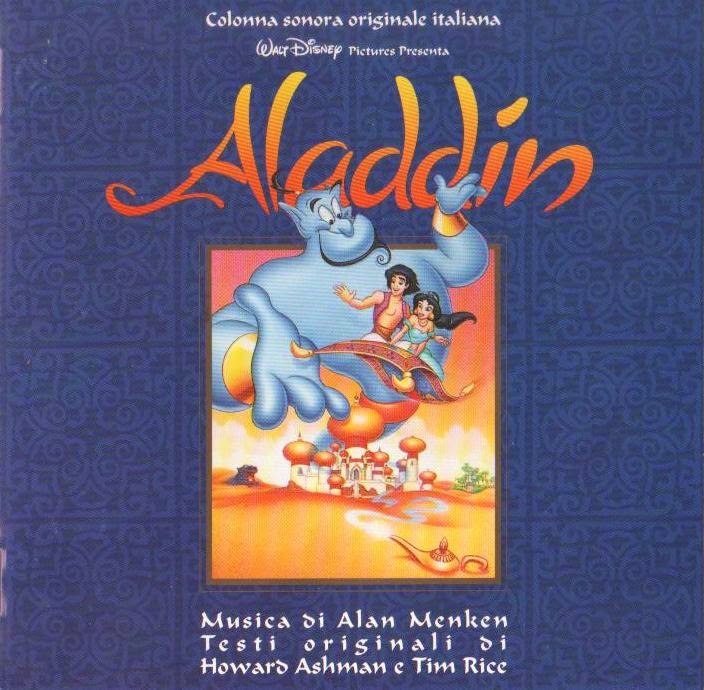